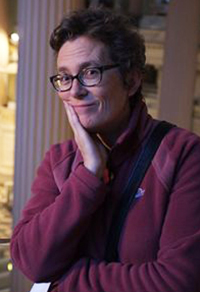 Cesca is an International Emmy award winning documentary filmmaker working in the UK television industry for over 30 years. Originally trained as a musician at the Royal College of Music and then at Lancaster University, she currently wears many different hats, making films, designing websites and generally making things happen.